Unique architecture, sophisticated design and unmistakable cultural events accompany you at every turn in the Grandhotel Schloss Bensberg. 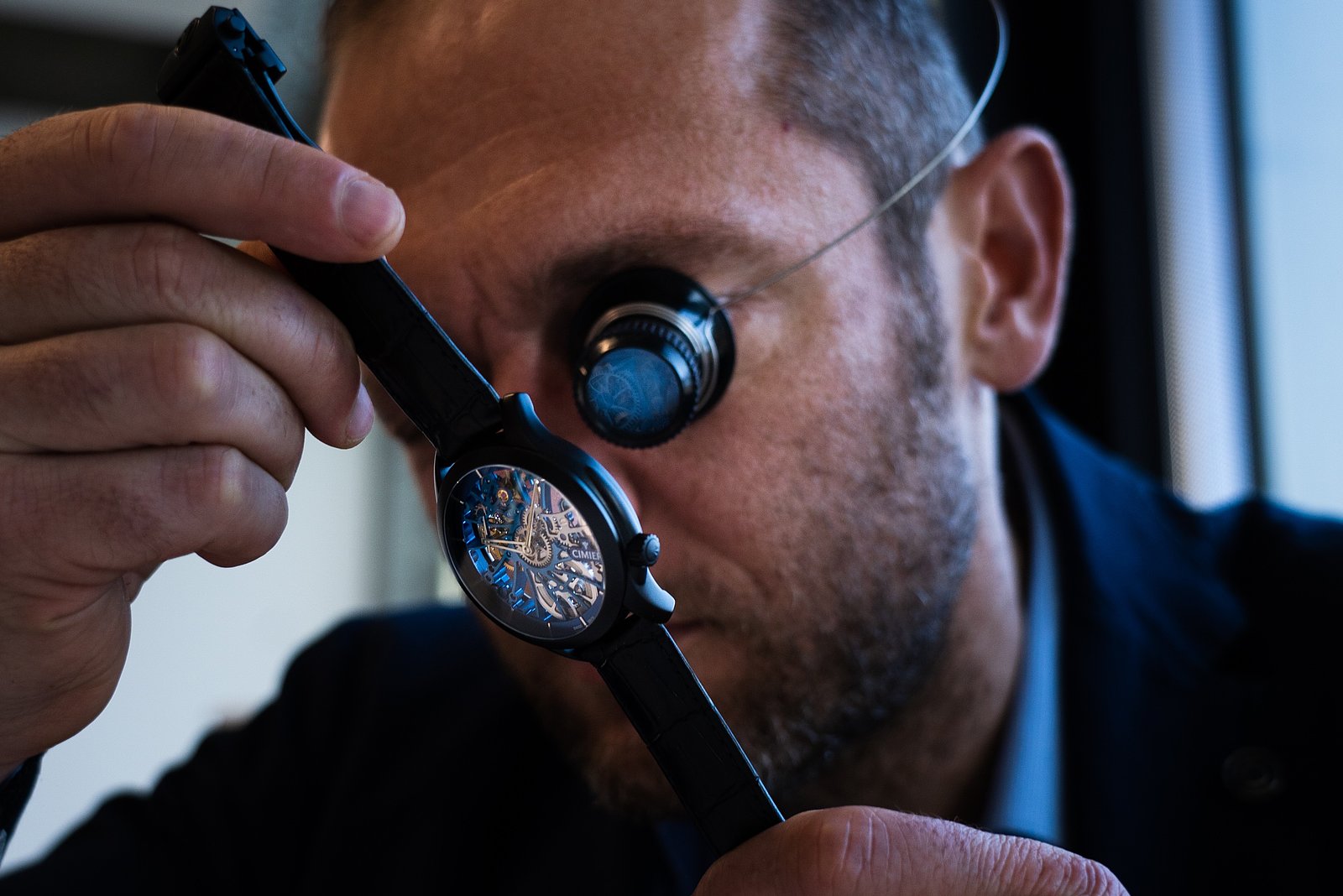 Our event highlights in the castle 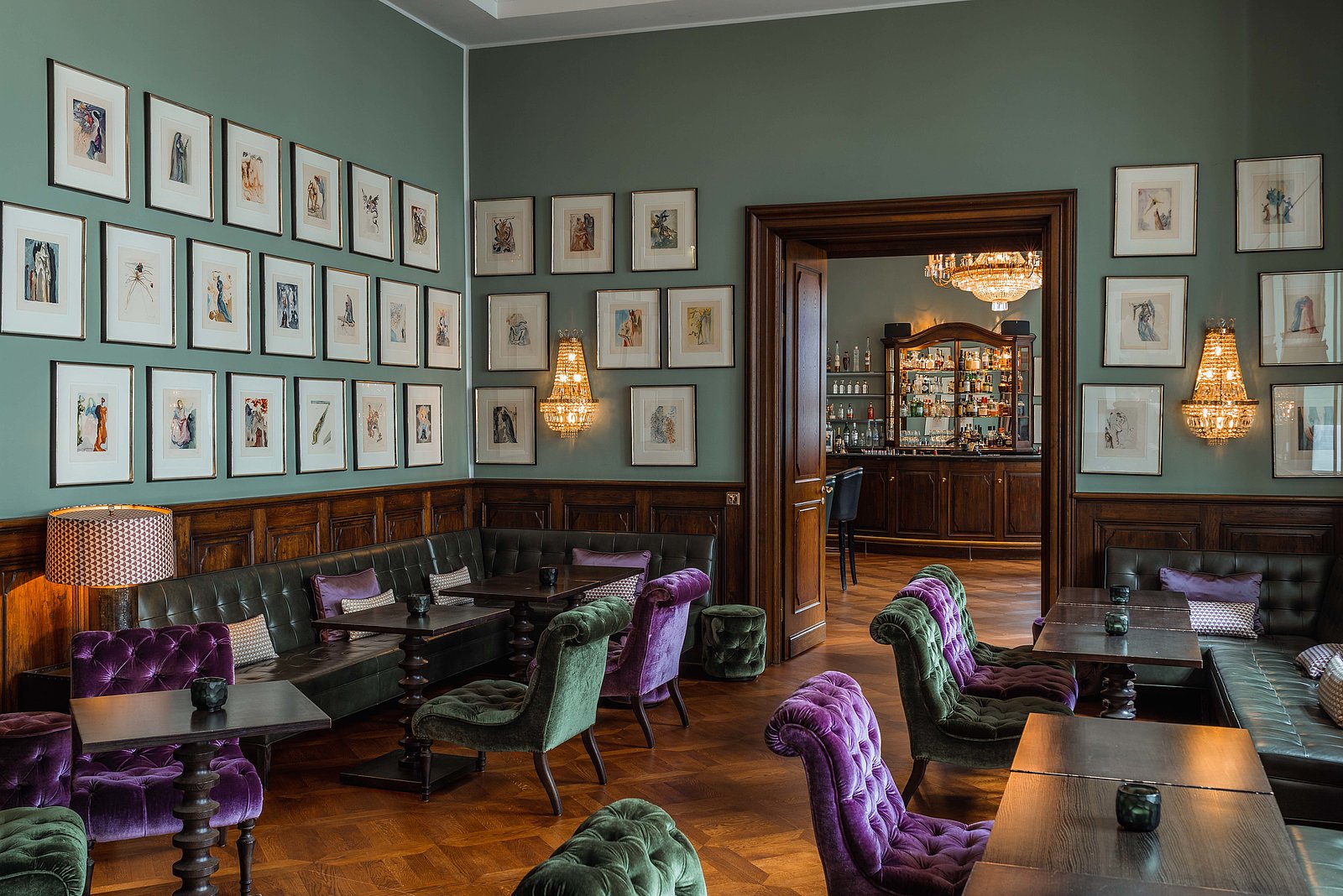 Art in the Castle

is a German painter, graphic artist and sculptor. He belongs among the most famous contemporary German artists. His objects show a suggestive power and archaic monumentality. Lüpertz‘ aim is to create a piece of art that gives testimony to its existence in an archetypal way. A lot of his art work is categorized as neo-expressionism. Lüpertz was director of the State Academy of Arts in Düsseldorf from 1988 until 2009. Towards the public he tends to present himself as an eccentric artist who nourishes his own legend of genius.

In 1960 Markus Lüpertz produced his first paintings. Contrary to the usual abstract tendencies in painting at that time, the young Lüpertz formed simple figurative art in expressive ways. His early works often show a powerful visual world with monumental display of figurative themes. The end of the era of painting has often been suggested since the beginning of modernity, but Lüpertz remained with his profession of painting where he could combine contradicting subjects.

He tried to find a way out of the – at that time often overwhelming – influence of non-figurative art and included the antagonism of modernity and its doubt for traditional art in his picture settings.

Since 1980 Lüpertz has also been as stage designer and sculptor. For an alcove in the „Alte Oper“ in Frankfurt he created the sculpture of Apoll, his curved right arm lying in the left shoulder to reach for an arrow. Six copys of this statue were cast. Located in the Bannwaldalle in Karlsruhe, another sculpture for a bridge can be found: „The Ugly One Frightens The Beautiful One“, made in 1990.

In the Kantstrasse, Berlin, the sculpture „The Fallen Warrior“ can be found, a bronze statue of 3 metres of a dead soldier with helmet and shield. The park area of Schloss Bensberg received an ensemble of three Lüpertz sculptures in 2000.

(born December 13th, 1923 in Barcelona, Catalonia, and died there February 6th, 2012) was a Spanish painter, graphic artist and sculptor. He was known/seen as the most important artist of his country, representing the Spanish „Informel“ . In 2010 he was granted the heritable title of nobility „Marquès de Tàpies“.

Antoni Tàpies was born the son of the lawyer Josep Tàpies i Mestres and his wife Maria Piug i Guerra who was the daughter of a bookseller. He attended the elemantary school Colegio des las monjas de Loreto from 1926 until 1928, the German school Escuela alemana from 1928 until 1932 and the Escuelas Pias in Barcelona from 1932 until 1934. He changed to secondary school in 1934 and came into first contact with contemporary art at that time, thanks to various catalan print media, first of all the Christmas edition of the magazine „D‘ aci i d’alla“ that showed reproductions of Pablo Picasso, Gerges Braque, Juan Gris, Fernand Léger, Piet Mondrian, Constantin Brancui, Wassily Kandinsky, Marcel Duchamp, Hans Arp, Joan Miró and other artists.

Due to a lung disease Tàpies spent a longer period of time in the sanatorium in Puig d’Olena during 1942/1943. He drew a lot of pictures during his stay and practiced to copy some pieces of art by Vincent van Gogh as well as Pablo Picasso. He took an interest in the history of philosophy and read books by Thomas Mann, Friedrich Nietzsche, Oswald Spengler, Henrik Ibsen, Stendhal, Marcel Proust, André Gide as well as by Arthur Schopenhauer and Miguel de Unamuno. Escpecially thrilled by Jean-Paul Sartres existentialism and his phrase „Man is not born as such but will develop to be Man“, he adapted those ideas and philosophy of life for himself.

Starting 1946 the artist concentrated totally on painting, thus following the example of Vincent van Gogh and Pablo Picasso, and partly turned towards surrealism because he was influenced by artists like Miró, Max Ernst and Paul Klee. In 1947 he got aquainted with the catalan poet Josep Vicenc Foix, with whom Tàpies had common interests with respect to art. In the same year he met Joan Brossa, Joan Prats and other members of the former ADLAN (Amics de l’Art Nou) who supported him in his work.

In 1981 Tàpies created his first ceramic sculptures with the help of the German pottery artist Hans Spinner. Contracted by the city of

(born May 12th, 1921 in Krefeld, died January 23rd, 1986 in Düsseldorf) was a German performing artist, sculptor, graphic artist, art theoretician and professor at the „Kunstakademie Düsseldorf“. In his extensive works of art Beuys treated humanism, social philosophy and anthroposophy. He developped the specific definition of an „extended art term“ and the concept of the social sculpture as total work of art while demanding a creative involvement in society and political subjects. He is known around the world as one of the most important performing artists of the 20th century and was the perfect antagonist to Andy Warhol.

Ewald Mataré nominated Joseph Beuys his master-class student in 1951. Together with Erwin Heerich, Beuys moved into the studio for master-class students located in the attic of the art academy. He co-worked with his master Mataré, for example on the southward doors of the Cologne Cathedral, where he placed the mosaic decoration of the so-called „Pentecost door“, and the western windows of the Aachen Cathedral. In this period he produced – probably prompted by Mataré - his early sculpture „Torso“, literally a torso of a female on a block, painted with black oil paint and wrapped in gauze bandages.

In cooperation with Heerich, Beuys worked on a copy of the sculpture „Mourning Parents“ by Käthe Kollwitz in shell limestone. Mataré had passed on his contract for this sculture for a memorial in Old St. Alban to his two master-class students. Heerich created the mother, Beuys the father statue.
Beuys moved to Kleve at the end of 1957 because his father was in hospital in the city, he died on May 15th of the following year. Beuys rented his own studio in the old sanatorium at the Tiergarten. At this site the monumental oak cross and also the door for the Büderich memorial for the Dead of the World Wars I and II (located in the old church spire in Meerbusch-Büderich) were created in 1959. This was the largest contracted public work of art for Beuys which he created in spite of the objection of his master Mataré. The same year Beuys started to draw and sketch in four business books, each comprising 300 pages, until 1965. In 1958 he began to use fat and felt for his works of art, unusual material in art at that time.

On September 19th, 1959 Joseph Beuys married Eva-Maria Wurmbach in the Schwarzrheindorf „Doppelkirche“ (double church). He had met his wife one year before, she was the daughter of the zoologist Hermann Wurmbach and his wife Maria Wurmbach (geb. Küchenhoff) and studied art at the Kunstakademie Düsseldorf.

Baselitz had main influence on modern painting from 1960 on. His works of art, with partly obscene details escpecially at the beginning of the 1960s, were considered as very provocative. This was only the case after he had had to leave first the art academy of Berlin-Weißensee and then the state of
the GDR because of „social immaturity“, ignoring the official order to work in a state combine. Instead he preferred to copy Picasso paintings. His painting „Die große Nacht im Eimer“ (Great Night in the Bucket / 1962/1963, Museum Ludwig, Cologne) is his most famous work of that period, showing a boy after masturbating.

His art was and still is present in all notable exhibitions and museums. As in his early paintings, the artist intends to stress the autonomy of painting in contrast to simple reality. He turned his paintings upside down to deprive them of their content, to hide the subject and to make it non-figurative.
By turning upside down, he urges the observer to concentrate on colour and form of the picture, the personal content of the painting does not disturb. In a way Baselitz eliminates contents in his art, therefore his paintings are not interpretable but can only be looked at. The artist names as his idols Pablo Picasso, Alberto Giacometti, Joseph Beuys and also the expressionistic painters of the artist association „Die Brücke“.

Traces of his fingers or foot prints can often be found in Baselitz‘ paintings. As the pictures are very big the artist struggles to reach all parts of the painting and simply walks on it to get to each spot.

(born 1956 in Berlin) is a German painter who concentrates mainly on overpainting of fotographs. Beestermöller studied at the University of Applied Sciences of Münster, among others his professors were Wolfgang Troschke (prints), Voré (drawings) and Bernd Dramke (painting).

His artwork comprises different topics, often he works for the sports branch, e.g. 1. FC St. Pauli. Since 1997 his art has been on display in various countries, the focus lies on exhibits in Germany and France.

Salvador Dalí and the Divine Comedy

The Divine Comedy is one of the most important creations of Italian poetry. Dante was born in Florence in 1265. His main oeuvre „La Divina Commedia“ was only finished shortly before the death of the Italian poet in Ravenna in the year 1321.

In the Divine Comedy, Dante tells of a visionary walk through the three regions of the afterworld: purgatory („Purgatorio“), hell („inferno“) and heaven („paradiso“). The Roman poet Vergil accompanies the author on this trip, consulting him as representative of rationality. In heaven Beatrice, symbol of love and antagonizing rationality , takes over and leads Dante to everlasting bliss.

Salvador Dalí (1904-1982) as a surrealistic painter worked on the theme of the Divine Comedy in 1952. He produced more than 100 motives to illustrate the course of events, the numerous encounters and dialogues. Imaginative colour lithographs take up Dantes narration of the various topics like mythology, philosophy, theology, mysticism, culture and astronomy. Each individual illustration is signed by the artist. The complete series was published in an edition with 150 copies.

Wolfgang Stahr is a photographer and fine artist from Berlin. 1996 he graduated from the University of Applied Sciences of Bielefeld, his main subjects were photo design and film design. His key aspect in photography is portayal and the relations of people and places.

He works for international magazines on regular basis, his photographs are also on display in gallerys and institutions, among them exhibitions in Paris, Tokio, Moscow and of course his home city Berlin. His works of art were already awarded: he received the Grand Prix de la Ville de Vevey, the Art Directors Club Award, the Lead Award and the Cresta Award.

Wolfgang is member of the „Laif-Agentur für Fotos und Reportagen GmbH“. His business is represented by Nerger M & O.

Sign up for offers and news
Our Newsletter:
Signup now